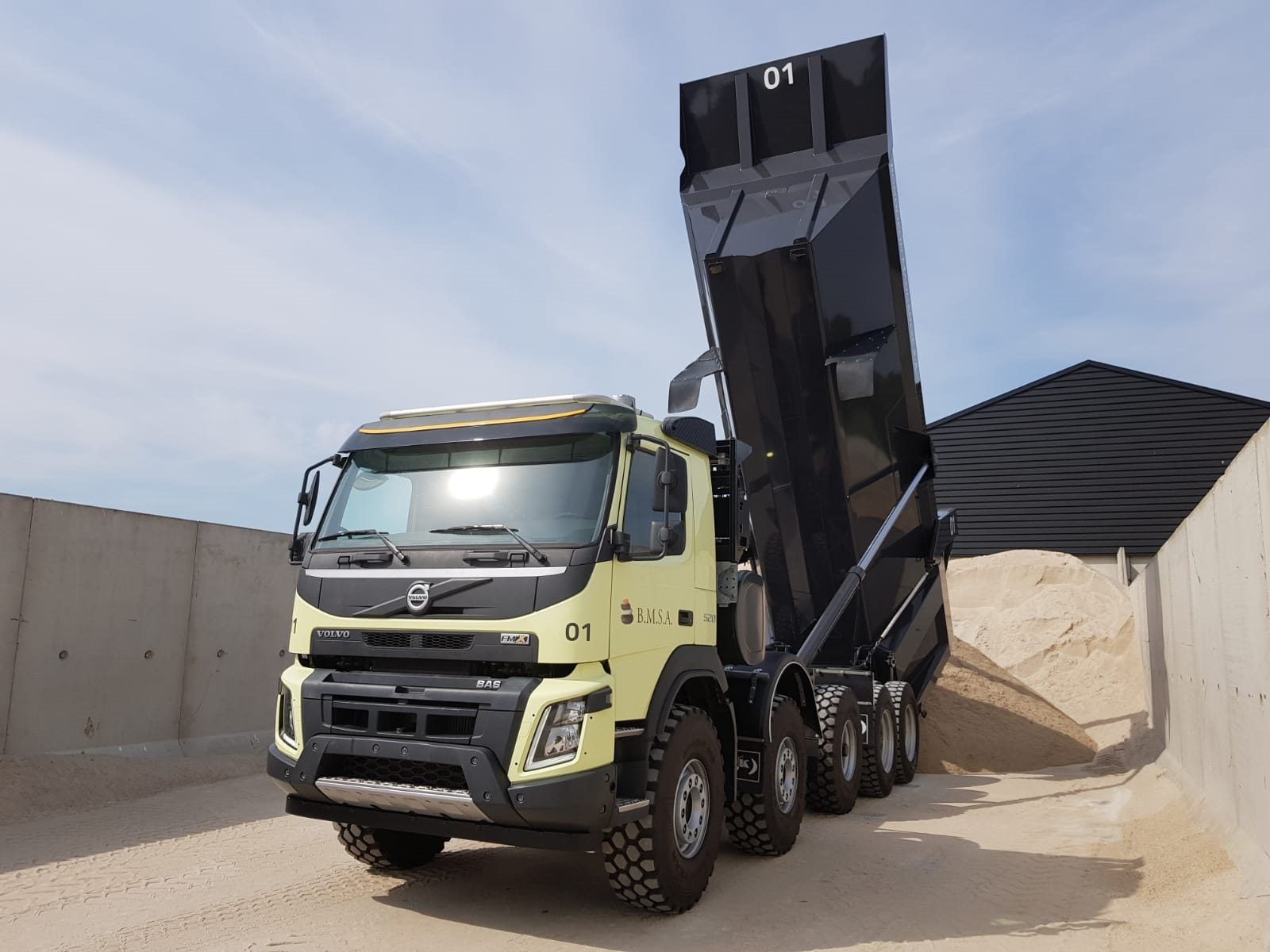 The first of a series of BAS Mining 10x4 tippers is on its way from Veghel, The Netherlands, to the port of Abidjan, Ivory Coast. The series of trucks are purchased by Bondokou Manganèse S.A. and will be used for the transport of manganese ore over a distance of 25 kilometers between the primary and secondary crusher.

Initial contact with the owner of Bondokou Manganese S.A. was made at BAUMA and an agreement was signed already during the fair. The BAS Mining 10×4 tippers are optimally designed for this project. The tippers have to drive empty uphill and loaded downhill. Therefore the trucks have 520 horsepower engines with a hydraulic retarder, which has a high braking torque that increases driving safety and reduces wear on the vehicle’s ordinary brake system. Based on the density of manganese, the tipper trucks have a struck capacity of 30 m3.

An expat of BAS Mining Trucks has been on site to help setting up the workshop. Repair and maintenance will be carried out on site by local mechanics, employed by Bondokou Manganèse S.A. BAS Mining Trucks will train local mechanics and supply parts for these new trucks as well as parts for the existing fleet of trucks. The truck drivers will also be trained to drive safely and sustainably with these 50-tonnes payload trucks.